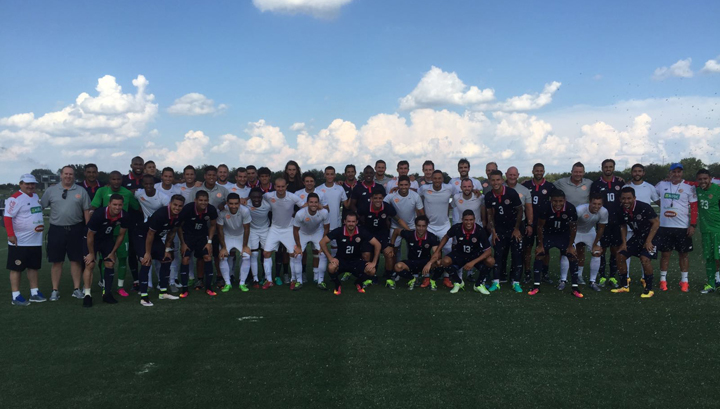 San Juan, Puerto Rico - As part of their preparations for the upcoming inaugural season, Puerto Rico FC faced the Costa Rica National Team in a friendly.  The Central American country is currently ranked 25th in FIFA’s World Ranking and is preparing for the Copa America Centenario.

PRFC traveled to Orlando from their camp in IMG Academy in Bradenton, FL to face the “Ticos”. Despite the match being stopped at the 75th minute because of a thunderstorm, the players and staff were really happy with the match.

“We knew that they were a good team, quarter final of the World Cup, so they're at another level that we had not seen. At the end of the day it’s eleven against eleven, but against teams like that you have to be patient and do your job. Defend when you have to and attack when you have to”, said PRFC Forward Pedro Mendes.

Sidney Rivera echoed his teammate’s words about the match and his team’s performance: “Costa Rica is a great team that has a great touch on the ball. We learned that we can play at the same level of our rival but there is still a lot of work to be done, even though we're happy with what we showed today.”

PRFC’s Head Coach, Adrian Whitbread was also satisfied with the good start of training camp: “The quality of the game was very good and the performance of the team was very good. There is still some fine details to work out but we look forward to the rest of camp and our upcoming match in Florida.”

Puerto Rico FC will face the United States U17 National Team, squad that is permanently based in IMG Academy. The team will return to Puerto Rico on Friday, May 3rd, to continue its preseason and prepare for the Clasico de Futbol in New York on June 11th.