The PRFC keeper has an underlying obsession with the number 0
Jun 4, 2016 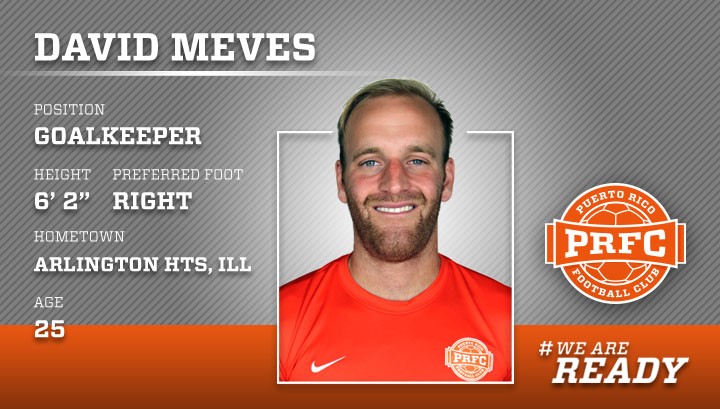 There’s a lot of things in David Meves’ life that work as references to the number zero. First, his favorite food is the 0 shape delicious treat known as donut. Next, his favorite movie is any of the James Bond films, about the British super spy whom is also known as Agent 007. Finally, he is the NCAA’s All Time leader in shut-outs with 54 during his career with the University of Akron, team which he helped tie the NCAA’s record with 11 straight clean sheets. I guess you can say he has an underlying obsession with the number zero, and as a keeper that’s a good thing.

Meves started playing soccer when he was six years old thanks to his parents, whom enrolled him in his first youth club. Eventually he became a goalkeeper and never looked back. During his playing career, he’s tried to model his game after his favorite all-time player Oliver Kahn, former Bayern Munich keeper. If he where to start a team from scratch, he would draft with the first pick another Bayern Munich stand out and favorite current player, Manuel Neuer.

As a professional, Meves was drafted in the MLS Supplemental Draft by the Portland Timbers and played with their U23 squad. Last season he defended the Fort Lauderdale Strikers goal and started 12 games for them. This past spring, he signed with Puerto Rico FC because for him there is no better place to play soccer.