We talked with Head Coach Adrian Whitbread about his plans during this historic week.
Jun 27, 2016 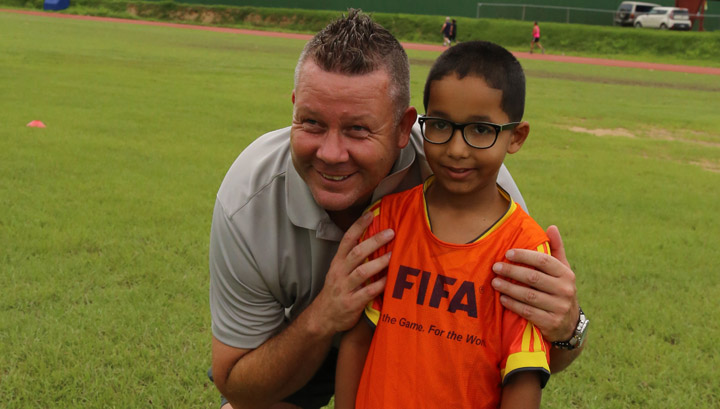 “It’s been a long time coming but we have to be in control of our emotions when the match starts”. This is Head Coach Adrian Whitbread’s mantra for the week leading up to the first ever Puerto Rico FC game this next Saturday against Spring Season Champions Indy Eleven.

The PRFC coach believes that his team is ready for the challenge, not only of facing an undefeated opponent but also keeping all the surrounding fanfare out of their heads while maintaining their focus on the task at hand. “For them it should be just another game in which the goal is to get the three points,” said Whitbread to puertoricofc.com even though he realizes that it's anything but a normal game. “Of course they have to enjoy this game because it will never happen again, it’s our first game ever so it is special, but in order for us to win they have to keep control of their emotions.”

The sense of normalcy begins at the top which is why this week it is important for the players to see their coaching staff relaxed and operating business as usual. “Our players have to see us relaxed and our staff has to lead the players through this week. We all have a job to do, even those who won’t dress for the game, and those who will but will not step on the field. We all have something to provide but it has to start at the top with me and the rest of the coaching staff”.

As for their first rival, Coach Whitbread knows it will be a tough game and assures that they are preparing for a squad that is very hard to beat. “This is not our only game. We know we have games afterwards, but our attitude during the season will be just to focus on the next match. We will train as a normal week and won’t get ahead of ourselves. We are just thinking about Saturday”. Focusing on the rival is another way to keep the emotions of opening day at bay as well.