PITO RAMOS IS HAPPY TO BE BACK IN HIS ISLAND 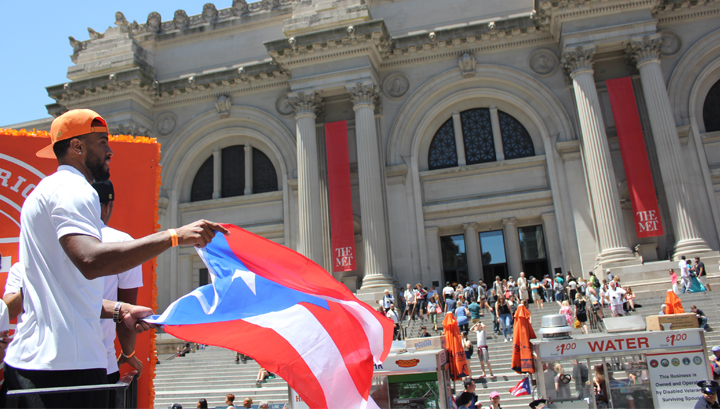 With the NASL transfer window open Héctor “Pito” Ramos can officially become a member of Puerto Rico FC pending ITC approval. During PRFC’s Kick Off event the club announced the mutual agreement between the 26 year old Forward and the team. Despite not being able to sign a contract until today, Pito participated in all team activities, trainings and the Clásico de Fútbol, a friendly match against the Puerto Rico National Team in New York City.

Ramos is extremely happy to be part of PRFC’s inaugural squad and told puertoricofc.com that he had been waiting for this moment for months. “I’m extremely happy that this finally happened and to be in my Island with my family and friends”.

He felt right at home when he was coming out to the field in his first game with the team and brought back a lot of memories from his first professional matches. He is also extremely happy to reunite with his former coach Adrian Whitbread and to share the field with his Puerto Rico National Team teammates Joseph “Jackie” Marrero and Jorge Rivera. “It’s going to be great. We know that both of them are young, have great potential and are the ones that are going to push Puerto Rican football forward. I will always be there to support them and help them in anything they need”.

The day after the friendly match Pito joined the team in the Puerto Rican Day Parade in which he was surprised to hear his name coming from the spectators. “It was a beautiful experience. It’s incredible see so many Puerto Rican’s and more incredible to hear my name being shouted by the fans. I can’t believe they recognize me”.

Finally, he hopes to continue his good form, which started in his final weeks with CD Aguila and continued in the CFU’s Caribbean Cup, when PRFC’s inaugural season begins July 2nd. “I have to keep working and stay focused on scoring goals and helping my teammates in any way which is the most important thing.”