PRFC ON TO THE FINAL OF THE LUIS VILLAREJO CUP 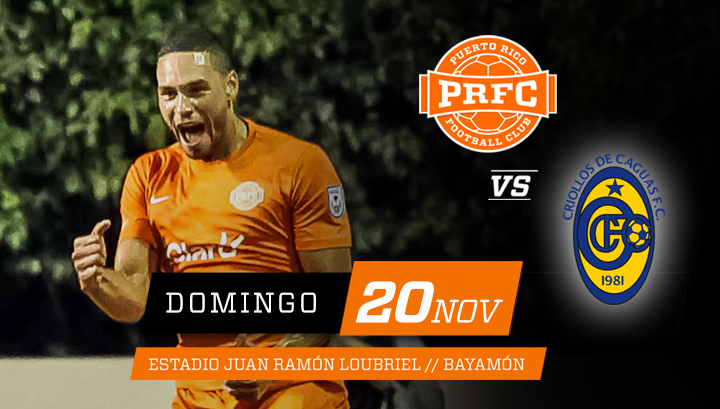 San Juan, Puerto Rico- After securing a spot in next year’s CFU Club Championship, Puerto Rico FC will look to become the first winner of the Luis Villarejo Cup this Sunday, November 20th when they face Criollos FC.

PRFC secured a spot in the final this past Wednesday, November 16 when they defeated Bayamón FC at Juan Ramón Loubriel Stadium. Cristiano Dias cashed in a penalty kick in the 44th minute to take the lead in a match in which PRFC took 14 shots at goal compared to two by their rival. The scoreboard stayed 1-0 until the referee signaled the end of the match. With that goal the aggregate score from the semifinal round was 4-0.

This will be the second time Puerto Rico FC faces Criollos FC. The first being a friendly match on May the 24th of this year at the ACB Field in Caguas. PRFC won that match 1-0.

Come and support PRFC in their quest to be the first Luis Villarejo Cup champion this Sunday at Juan Ramón Loubriel Stadium. More info on puertoricofc.com soon.