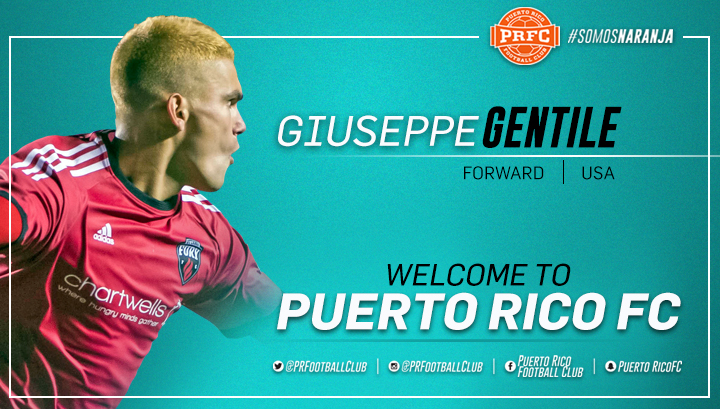 “We are all very excited about the signing of Giuseppe Gentile. He is a young dynamic forward that can play anywhere across the front line, and one that likes to run in behind defenders. We all truly believe that he has the potential to blossom in Puerto Rico. It’s up to him as well as other new signings and returning players to stake their claim for a place in the starting XI week in and week out.” Said Head Coach Adrian Whitbread.

Gentile’s desire to create scoring opportunities as well as his willingness to push defenses using his athleticism caught the eye of the Technical staff while he was playing for San Antonio in 2015. Throughout his career, he has shown that his work ethic and energy proves difficult for opposing defenses.

PRFC’s 2017 season kicks off Saturday, March 25th at Juan Ramón Loubriel Stadium. Get your season tickets now and be a part of the Puerto Rico FC family. Season tickets start at $128, which gives fans access to exclusive events with players, discounts at the team store and much more. Taxes and fees apply. Call 787-722-PRFC to learn more about these amazing benefits or visit puertoricofc.com/tickets.