THE 2017 NASL SCHEDULE IS HERE! FIND OUT WHO IS PRFC'S FIRST RIVAL 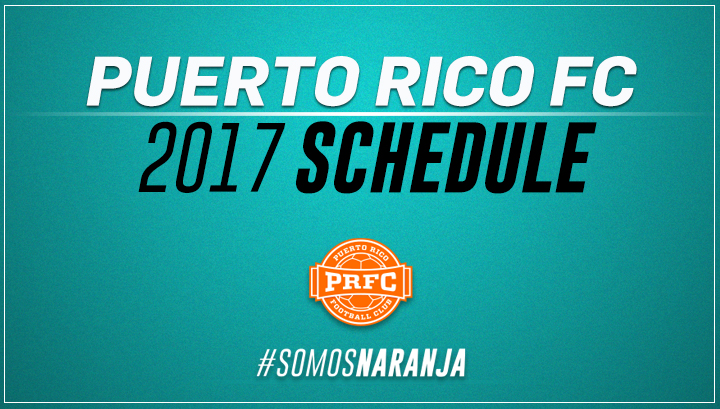 San Juan, Puerto Rico- The North American Soccer League’s (NASL) full schedule is out and with it Puerto Rico FC’s first rival is revealed. On Saturday, March 25th PRFC will kick off their season when they host the New York Cosmos at Juan Ramón Loubriel Stadium in what has come to be known as the PR/NY Derby.

PRFC will look to start off strong and make a statement to the entire NASL when they host the three time and defending champions. A good result will certainly put Puerto Rico FC on the fast track for a great spring season.

Other highlights include the first match of four against Miami FC’s on Saturday, May 6. Both clubs split the series last fall season with Miami FC winning the first match. PRFC landed a huge blow to Miami’s playoff aspirations when they won at FIU Stadium with a late free kick goal and a spectacular defensive performance. Both 2016 expansion teams will attempt to take the next step this season, but PRFC will look to take the upper hand at home.

Before PRFC closes out their home spring season against Jacksonville Armada on July 8th, they will host the San Francisco Deltas on June 10th for their first visit to the Island. The NASL’s newest expansion team has made some positive moves during the offseason by signing some familiar names. The fact that the Deltas are a new team will not guarantee an easy win for PRFC. San Francisco has several veterans in their roster and will already have over a dozen matches under its belt, which will make this a very interesting match to look out for.

PRFC’s 2017 season kicks off March 25th at Juan Ramón Loubriel Stadium. Get your season tickets now and be a part of the Puerto Rico FC family. Season tickets start at $128, which gives fans access to exclusive events with players, discounts at the team store and much more. Taxes and fees apply. Call 787-722-PRFC to learn more about these amazing benefits or visit puertoricofc.com/tickets.