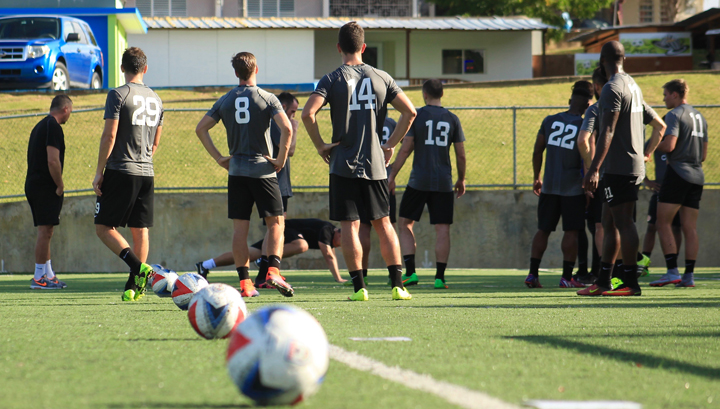 San Juan, Puerto Rico- In preparation for the 2017 NASL Season, as well as the Caribbean Club Championship, Puerto Rico FC will take part in the 7th Annual Bayamón City Cup which begins Friday, February 10th at the Bayamón Soccer Complex.

“I’m looking forward to seeing the squad play, which is much better than just regular training for us as a staff and also the players who would much rather compete against other teams. We have a plan in place that will have the team peaking in time for the Caribbean Club Championship and the NASL regular season opener against the Cosmos.” Said Head Coach Adrian Whitbread.

The first round of the cup consists of two groups that will play in a round robin with the top two teams of each group advancing to a one game knock out semifinal and then the championship round. PRFC will be in Group B along with Barbosa FC, Fraigcomar, Leal Arecibo, and Metropolitan FA.

PRFC kicks off the 2017 NASL season Saturday, March 25th at Juan Ramón Loubriel Stadium against the New York Cosmos. Get your season tickets now starting at as low as $128 and enjoy access to exclusive events with players, discounts at the team store and much more. Call 787-722-PRFC to learn more about these amazing benefits or visit puertoricofc.com/tickets. Taxes and fees apply.