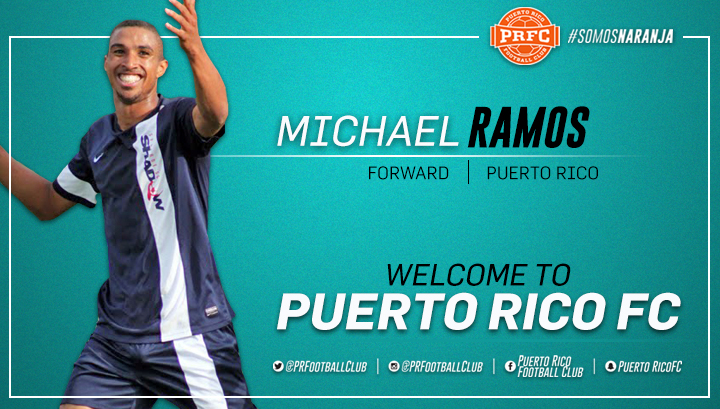 “We are very happy to have a promising young player such as Mike Ramos who also is someone that knows what it means to represent the Island and how important that is to our fans. For all of us at PRFC it means a lot to add a fourth Puerto Rican National and continue to contribute to the development of the sport in the Island.” Said PRFC President Tom Payne

Ramos made his debut with the Puerto Rican National Team in 2016 when he played in the friendlies against the Dominican Republic and India as well as the Caribbean Cup match against Curacao where he scored a spectacular goal.

He also reignited his post-collegiate career with his hometown Spokane Shadow in 2014, guiding the team to the inaugural Evergreen Premier League championship with 11 goals in 14 games, ranking second in the league.

In 2015 Ramos was a third-round draft pick for Toronto FC that later moved on to Kitsap Pumas of the PDL for whom he scored three goals in 11 appearances. His performance once again caught the eye of MLS scouts and he joined Seattle Sounders 2 on loan.

PRFC kicks off the 2017 NASL season Saturday, March 25th at Juan Ramón Loubriel Stadium vs the New York Cosmos. Call 787-722-PRFC for special offers and to find out how you can join the most exclusive club in the Island, PRFC’s Founders Club. Reserved Seats Season Tickets start at $160 which includes access to the Lounge at JRL at every game. Taxes and fees apply.