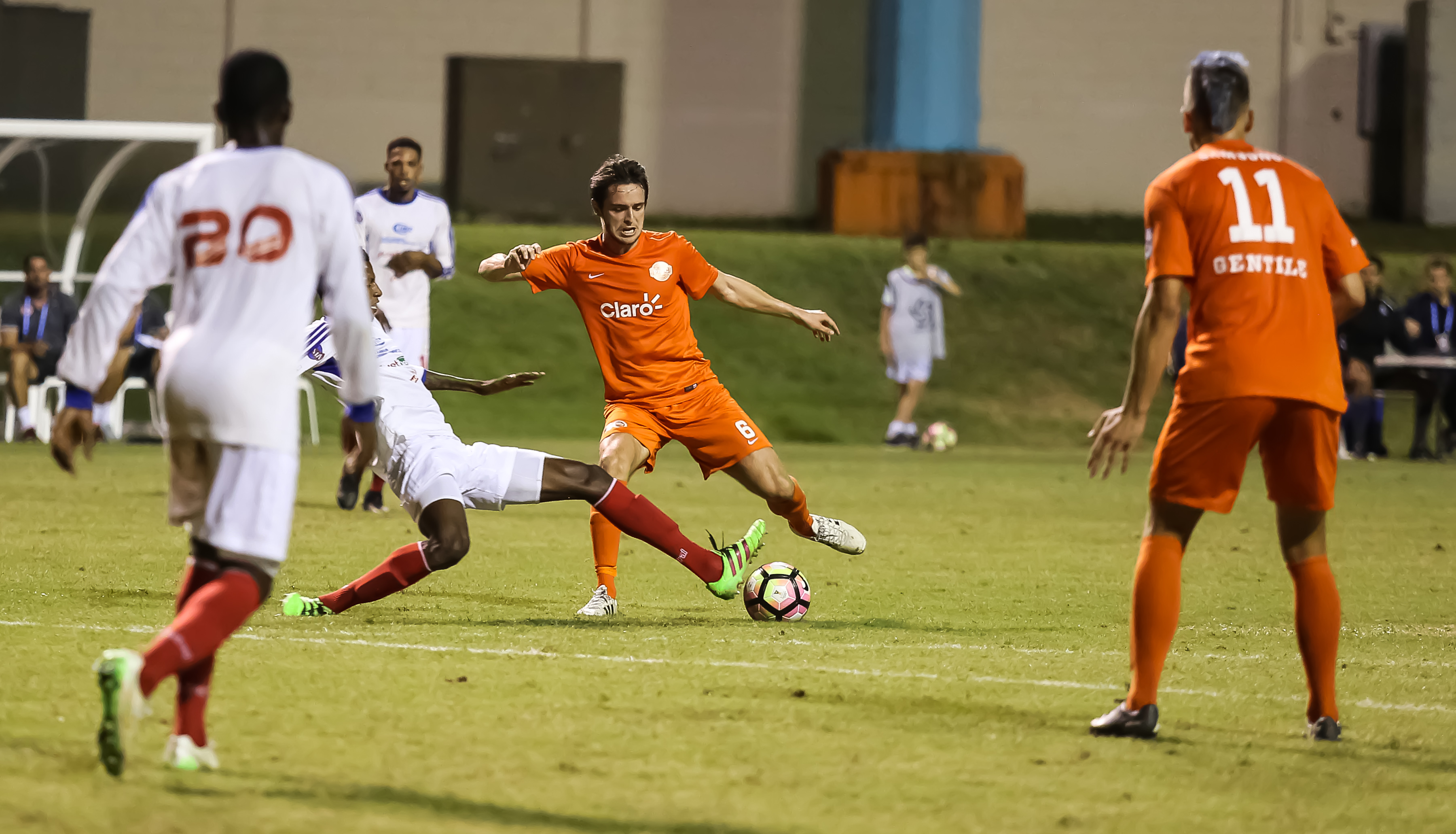 Bayamón, Puerto Rico- Puerto Rico FC seven game winning streak came to an end with a last minute goal by Portmore United FC who defeated PRFC by the score of 1-0 in the second day of the Caribbean Clup Championship.

PRFC got close to breaking the stalemate in the second half with a header from "Pito" Ramos and a shot by Giussepe that was stopped by Portmore's Goalkeeper Shaven-Sean Paul.

Conor Doyle got knocked down close to the penalty box, but the official didn't give him the call in the 72nd minute. Later, Giussepe got away from Portmore's defense and was fouled by Kareen Manning, who got a yellow card in the play.

In the 88th minute Portmore's forward Ricardo Morris was able to score the decisive goal.

PRFC plays its third and final game on Saturday, March 18th against Scholars United, who lost their first two games of the tournament. Get your tickets for just $10 on puertoricofc.com and prticket.com.