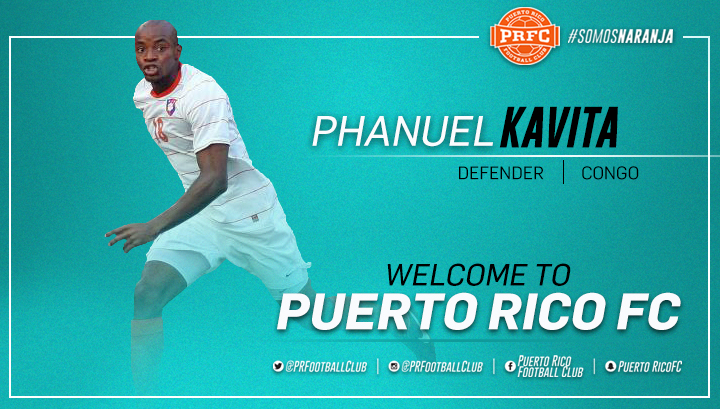 Kavita hails from the Democratic Republic of Congo and his family moved to the United States when he was eight. He was a standout at Clemson University, one of the nation’s top soccer programs, where he started all four years and led the team to the ACC Championship as a senior, earning All-ACC tournament and second-team All-ACC honors.

The center back is a product of Real Salt Lake’s academy and in 2015 he signed with the senior team as a homegrown player and was later sent to their USL affiliate Real Monarchs where he started in 20 matches playing over 1500 minutes.

PRFC staff expects Kavita to strengthen the defensive corps and to push for playing time quickly.