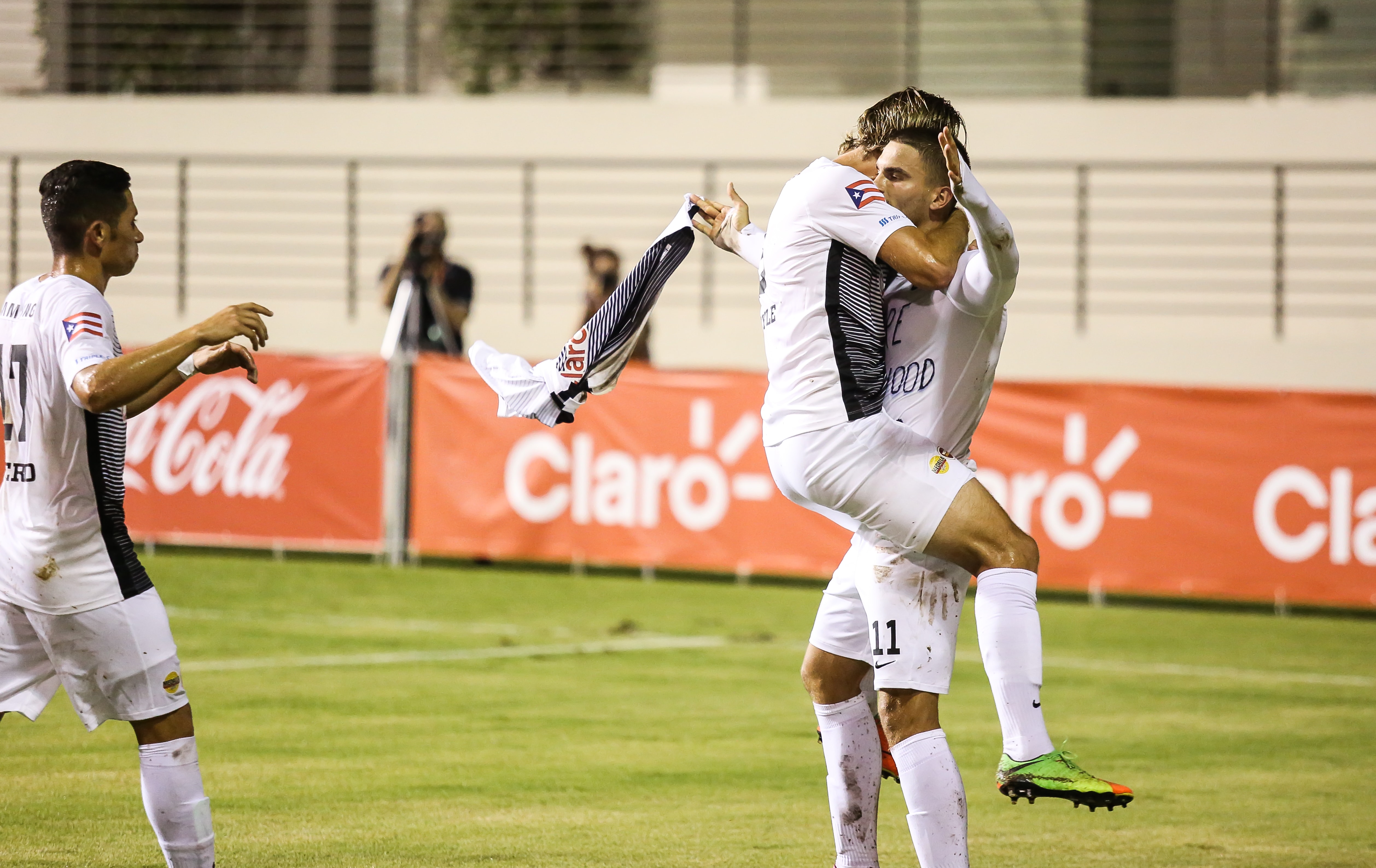 San Juan, Puerto Rico-  With goals from Giuseppe Gentille, Héctor “Pito” Ramos and Jairo Puerto, Puerto Rico FC defeated FC Edmonton 3-0 at Juan Ramón Loubriel Stadium, getting their first win of the season. This was the largest win in PRFC history and the third time this season they have scored as many goals.

It was a slow game at the start as both team seemed to be measuring each other. Puerto Rico FC dominated over 60% of the possession and in a matter of minutes build a 2-0 lead thanks to Giuseppe Gentile and Héctor “Pito” Ramos.

In the 25th minute Yuma sent a long pass from his own end line that Pito headed towards a striving Gentile at midfield. The forward ran the rest of the way towards Edmonton’s goal and kicked the ball towards the far post for the score.

Three minutes later Gentile pressured Edmonton’s defense once again, but this time passed the ball to Pito who kicked it in from near the penalty and the 2-0 lead.

Puerto Rico FC showed the same intensity in the start of the second half and didn’t wait too long to get the third. In the 52nd minute Jairo Puerto recovered the ball in the Eddies’ half. The Honduran international, who scored last Saturday on national duty, used his tenacity to get to the area and send a beautiful strike to increase the lead to 3-0.

This is the second shutout of the season for PRFC, first since the 0-0 match against the New York Cosmos on March 25th.

Puerto Rico FC will host the San Francisco Deltas next Saturday, June 3rd in PRFC Ball Night. Every boy and girl will receive a soccer ball when they enter the stadium with their ticket while supplies last. Get your ticket now at PRTicket.com, puertoricofc.com/ticket or call 787-722-PRFC.