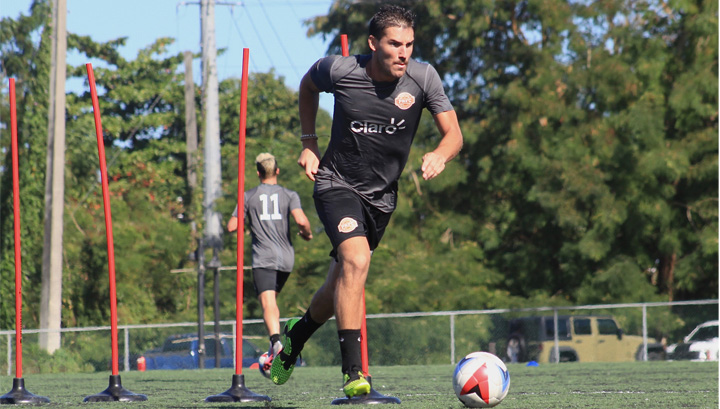 San Juan, Puerto Rico - After suffering an abdominal strain against Indy Eleven in the 3-3 tie on April 1st, in which he was subbed in the 41st minute, Tyler Rudy underwent a successful surgery on May 3rd in Atlanta, GA.

Recovery is expected to last six to ten weeks, although Tyler hopes to be back before the Cosmos game on June 18th.  It will depend on the medical staff to confirm whether he’ll be ready to play or not in a month’s time.

“I’m feeling much better, the first three-four days after surgery were difficult. About 10 days in, I started to get my legs to walk more, I think I’m ahead of schedule. Currently, I'm jogging and doing some passing. Next week, I’ll progress to more agility based and game fitness exercises” said Tyler.

Tyler looks to contribute to the team as soon as he recovers from his surgery.

“I can give positive energy, just some hope around the guys. Things aren’t going as well as we want them to, but we need to remain positive. It’s a long season and we’re still a new club, no matter what anybody else says. On the field, I hope to just bring some experience from last year. Consistency and versatility are two things I’ll try to bring to the team moving forward”.