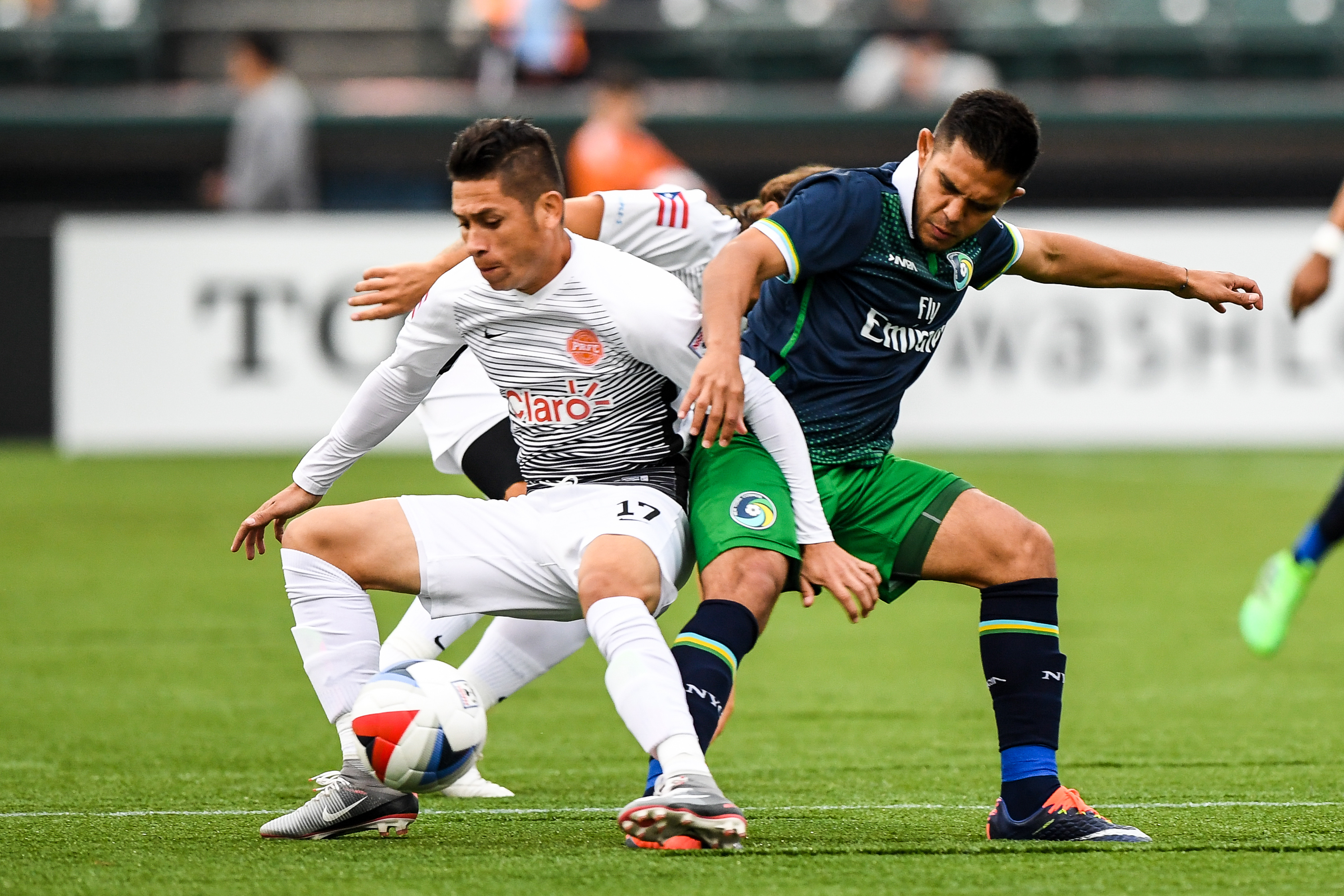 San Juan, Puerto Rico - It was a loss for the visitors as Puerto Rico FC couldn’t take advantage of their 1-2 lead in the first half and fell 4-2, three in the second half, against the New York Cosmos .

The Cosmos had most of the possession in the first minutes and took advantage of it in the 12th minute as Ayoze slotted in the shot from 20 yards out via free-kick to give the Cosmos the lead.

Jairo Puerto scored his third goal in as many games as Giuseppe Gentile ran down the right flank for a cross, the Honduran was quick to shake off the defense and shot in the middle to score the tying goal.

In quick succession, Puerto opened up the field to place a cross which Conor Doyle took advantage of and scored to give PRFC the lead in the 24th minute and put the game at 1-2.

In the start of the second half, several chances to score were shared by both sides, but the visitors had the advantage to increase the lead.

In the space of ten minutes the home team took back the lead 3-2 as the ball bounced in open play and Emmanuel Ledesma quickly made a shot that the keeper couldn’t save. Then Cosmos striker Irving Herrera crossed the ball to Walter Restrepo, who was open to slot the ball into the net.

PRFC went down to ten men in the 81st minute via red card to Rudy Dawson after the defender fouled Emmanuel Ledesma on the left wing of the pitch.

In the dying minutes of extra time, striker Pablo Vranjicán scored to finish the game at 4-2 in favor of the locals.

PRFC now travels to Florida to face Jacksonville Armada on Sunday, June 25th at 7:30pm, you can catch all the action on WAPA 2. Puerto Rico FC stops at San Francisco, then comes back to the Island to face Jacksonville as the home side on July 8th at Juan Ramón Loubriel Stadium.