EPILOGIO PROMISES A LOT OF DANCING IN THE PRFC SUMMER OASIS 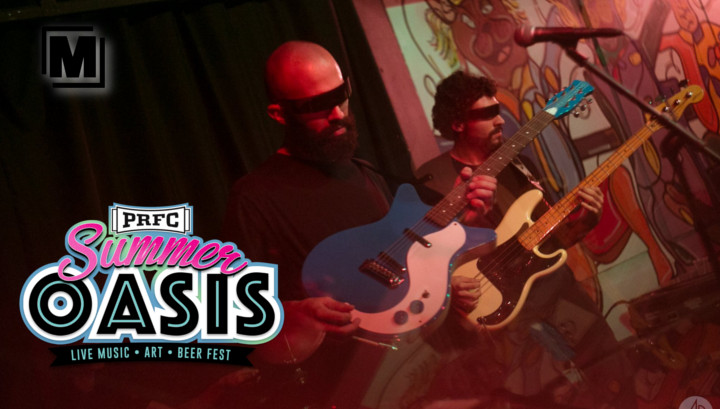 PRFC Summer Oasis Festival’s second musical act this Saturday, July 8th will be Epilogio. The band's founder and lead singer, Armando López, promises the fans that there will be a lot of dancing when they take the stage with their fusion of funk and retro-futuristic disco.

“I started Epilogio in 2014 as a personal project. I learned how to play all the instruments and wrote and recorded all the songs,” said Armando. If you're asking yourself what the name of the band means, the young singer-song writer has a brief explanation: “It’s just some nonsense that I came up with to me with my brother”. But their music is a long way from being nonsense, it’s a symphony of different styles inspired by legends such as The Beatles, Pink Floyd and Gustavo Cerati.

Accompanying Armando on stage will be drummer Gustavo Andrés, bassist Fernando Rivera and Oscar Turín on keyboard. “Seeing us live is a very different and fun experience. Each musician brings their own style and makes the music their own, which makes for a fresh new sound every time we play live,” added Armando.

Follow Epilogio on Facebook for news on their new album which is coming out soon, and the two new music videos they are working on now. The band will follow Sebastián.Otero at 6:00pm and you can get your tickets for the :PRFC Summer Oasis Festival starting at $10 on PRTicket.com or puertoricofc.com/tickets. The festival kicks off at 5:00pm with the Medalla Happy Hour of two beers for $3 followed by PRFC vs Jacksonville Armada at 7:30pm.