The former Puerto Rico international was named interim head coach on May 18
Aug 2, 2017 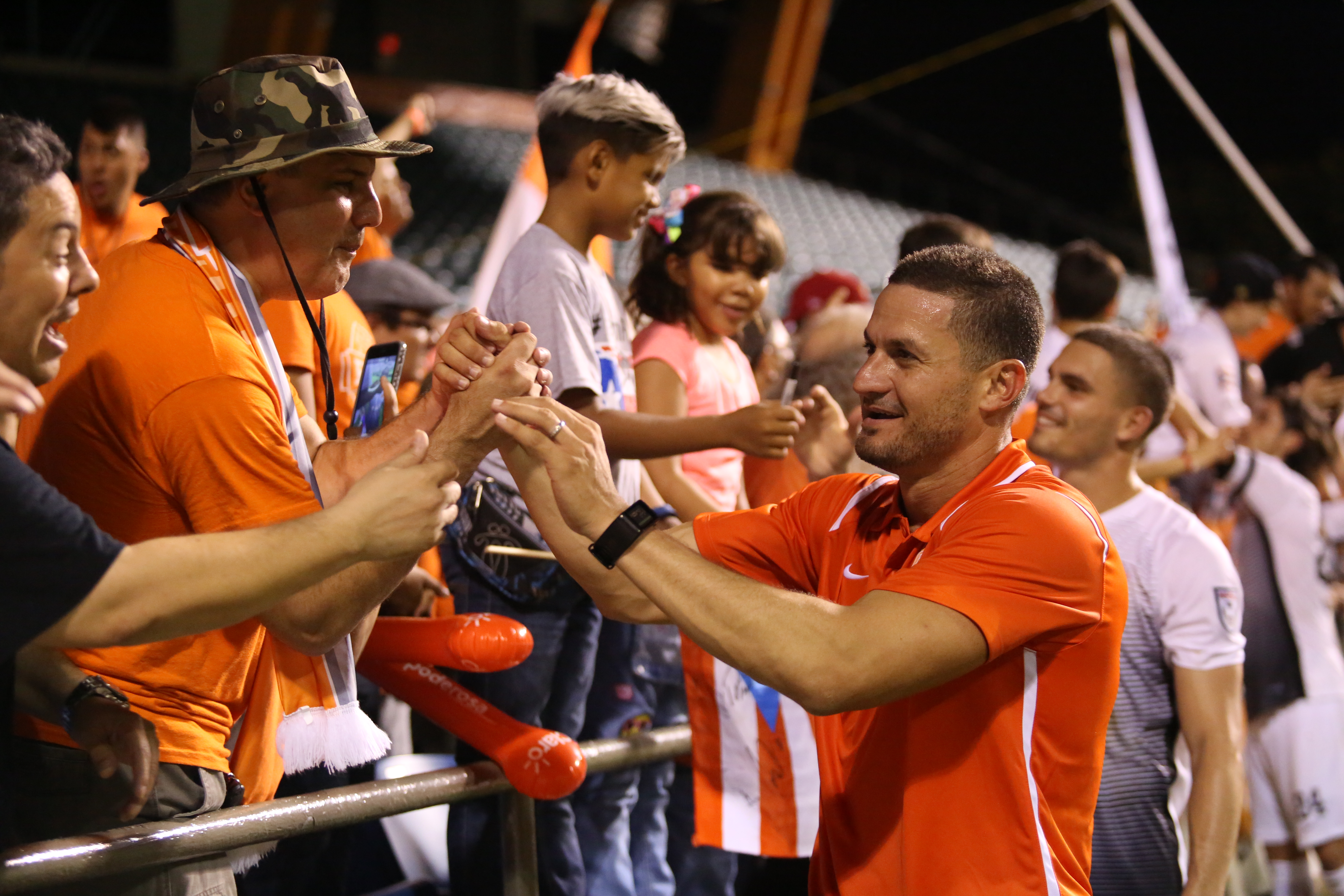 San Juan, Puerto Rico- Puerto Rico FC announces that Marco Vélez has been appointed the team’s head coach for the remainder of the 2017 season. Vélez was named interim head coach on May 18th.

“We have placed our trust in Marco for the 2017 Fall Season and this is his opportunity to show us that we should do the same in the long term. We believe that for this season, consistency and continuity are the best option for our team. His passion and confidence are undeniable, and he has made many positive changes off the field and in training. Now we need to see the results on the field and Marco is aware of this,” said PRFC President Tom Payne.

Vélez joined the PRFC coaching staff in 2016 as an assistant, four years after he retired from one of the most successful professional careers a Puerto Rican born player has ever had.

“I’m very proud and thankful that PRFC has given me this opportunity. Coaching in my home in front of my family, friends and fans is a huge honor that I do not take for granted. Like I’ve said before I am ready to take the next step in my professional career and ready to turn this team into a winning one,” said Vélez.

The former center back made his professional debut for the Seattle Sounders in 2003 and was a key part of their playoff run. He moved on to the Puerto Rico Islanders before joining MLS side Toronto FC for whom he had 38 appearances. He then rejoined the Islanders winning a league title and two CFU Club Championships.

Jack Stefanowski will remain as first assistant and goalkeepers coach.

PRFC takes the field this Saturday, August 5th when they host Jacksonville on PRFC’s Kids Free Night presented by Claro. Every kid 16 years or younger gets a free ticket thanks to Claro, while adult tickets will also be discounted. Secure your child’s ticket by going to PRTicket.com right now or by calling the PRFC office at 787-722-PRFC. You can also get your tickets the day of the game at Juan Ramón Loubriel Stadium’s box office and enjoy our Fan Fest starting at 5:00pm with music, giveaways and surprises.