PRFC HUNGRY TO PROVE THEY BELONG AT THE TOP 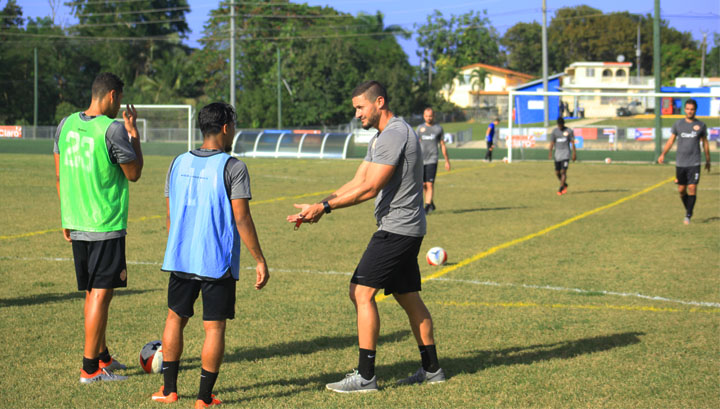 San Juan, Puerto Rico- Even though Puerto Rico FC’s five game unbeaten streak came to an end last Saturday against Miami FC, the club still seats in second place of the Fall Season standings with a chance to return to the top this Saturday. PRFC will travel to face the current league leaders at Riccardo Silva Stadium, a field in which the Puerto Rican side has never suffered a loss. In fact, in 2017 PRFC has not loss in the state of Florida, defeating Jacksonville in the fall and playing to a draw against Miami as well as the Armada.

“Our mentality is to win every game. Miami came to our house and stole three points, now we have a chance to go to theirs and take the points from them,” said Head Coach Marco Vélez.

In football, sometimes, the scoreboard does not tell the entire story of a game. PRFC outshot Miami 23 to 12 throughout 90 minutes, but none found their mark. The Naranjas were close to score an equalizer multiple times, but luck was on the visitors side that night.

“We played well and I think we showed the league that we can play with anybody,” Vélez continued. “Obviously is not the result we wanted, but we did a lot of good things and we have to build upon those and work on those other things we didn’t do well.”

Though not satisfied with the result, Coach Vélez assures the team is hungry to win and return to the top. PRFC will take full advantage of the quick opportunity the schedule has given them to avenge the defeat.

“We will work on crossing, finishing, and decision making once in front of goal. Our defensive strategy last week was solid and we have to continue that at Miami. In the end, the team that executes their game plan the best will come away with the three points,” Vélez added.

#MIAvPRFC kicks off at 7:30pm at Riccardo Silva Stadium and you can catch the action live on WAPA 2. PRFC then returns home to host the New York Cosmos at Juan Ramón Loubriel Stadium on Saturday, September 9th at 7:30pm. Get your tickets at PRTicket.com or by calling the PRFC office at 787-722-PRFC.