SETH MOSES: "THE ISLAND HAS MADE ME STEP UP MY GAME" 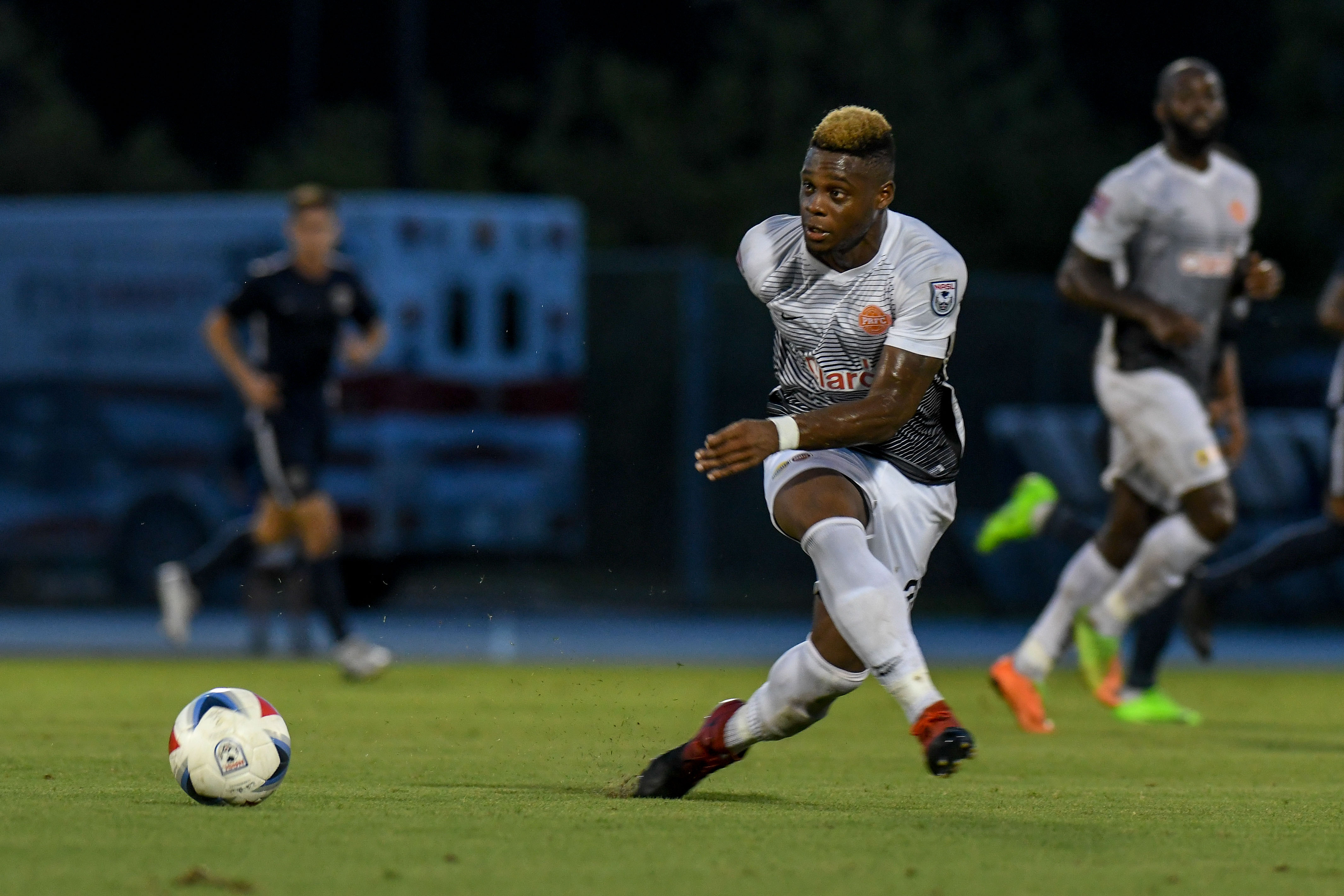 Seth Moses was in Puerto Rico FC’s starting line-up for the first time in the 2-0 defeat at San Francisco on July 2nd. Since then, he has been a staple in the PRFC starting XI, missing only one game due to injury. Moses first impressed the PRFC coaching staff when he was invited to training camp in February to showcase his talents for a chance to join the squad. His speed, strength and work ethic were undeniable from the moment he took the field, earning him a roster spot.

“I knew that Puerto Rico was very special since my mom comes from the Caribbean and I was attracted by the fact that it was an island”, said Moses. “I felt like this was a great place to come back into the sport. I was out for a year with a broken foot and was coaching youth football and in NCAA D1. I wasn’t thinking about playing, but I decided I wanted to pursue my passion once again”.

Football has taken the young defender around the world from his home in Baltimore to Austria, Germany, South Korea, Liechtenstein and now the Caribbean.

“The opportunity to grow as a player is what drew me to go to those places. In Germany, they helped me develop mentally while in South Korea I learned a lot about the art of body movement and understanding one’s body”.

In Puerto Rico FC, Moses has found the energy and culture that has helped him succeed and get closer to what he believes is his full potential. It’s that culture what has given him the peace of mind to start believing in himself.

“The Island mentality has helped me because it’s about no one blocking your horizon and no one taking anything away from you. You can get as much as you want as long as you are persistent and you have a purpose. I feel that energy from this island itself and It has made me step it up”.

Persistence paid off for Moses who spent much of the 2017 Spring Season on the bench. Looking back, that time watching the game from the sidelines was essential for his professional growth.

“I knew it was going to take time. What I was upset about in the start of the season was the fact that I was injured a lot. Maybe I rushed back because I was excited to make the team and I wanted to do more. But from the bench I was able to learn from my teammates and see what the coaches expected from us on the field so when I got the chance I would be ready”.

Seth Moses and the rest of Puerto Rico FC return to the field when they face North Carolina FC this Saturday, September 16 at Sahlen’s Stadium at WakeMed Soccer Park. Tune in at 7:30pm to WAPA 2 or beIN Sports en Español.