Donations have been collected for the island during recent Puerto Rico FC games
Oct 6, 2017 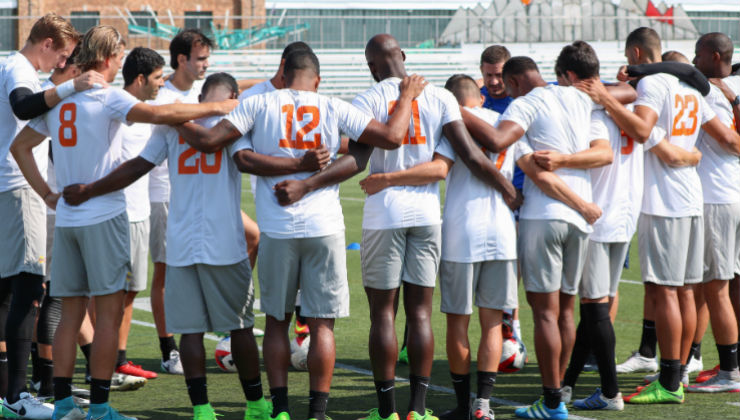 With two games under its belt since feeling the devastating effects of Hurricane Maria, Puerto Rico FC is looking to provide the island and its people with something positive.

Since Puerto Rico FC’s return to the field, the club has dropped a pair of results, but the scores are secondary, really. What’s most important is that the club is pressing on through tough times and serving as a representative of an island filled with pride and hope, even after such a catastrophic event.

The destruction caused by Maria has been met with a groundswell of support for the many relief efforts that were started in the aftermath of the hurricane. Puerto Rico FC’s fellow NASL sides are part of those efforts, with several clubs doing their part to raise awareness and donate money to the cause.

Ahead of their recent game against Puerto Rico at MCU Park in Brooklyn, the New York Cosmos hosted a press conference to raise awareness for Puerto Rico relief and announce that they would be donating 50 percent of ticket sales from that game to the fundraising efforts of Puerto Rico FC owner Carmelo Anthony.

This Saturday, a portion of ticket sales for Puerto Rico FC’s home game, which was moved to Sahlen’s Stadium in Cary, N.C., will also go towards hurricane relief efforts. North Carolina FC, which will now host the game against Puerto Rico, will contribute 50 percent of all ticket proceeds to Anthony’s fund.

The SF Deltas joined the movement and announced that 100% of their ticket sales revenue for the October 14 match against Puerto Rico will also be donated to the island's relief fund.

Further announcements about the location of Puerto Rico’s remaining home games will be made in the coming days.