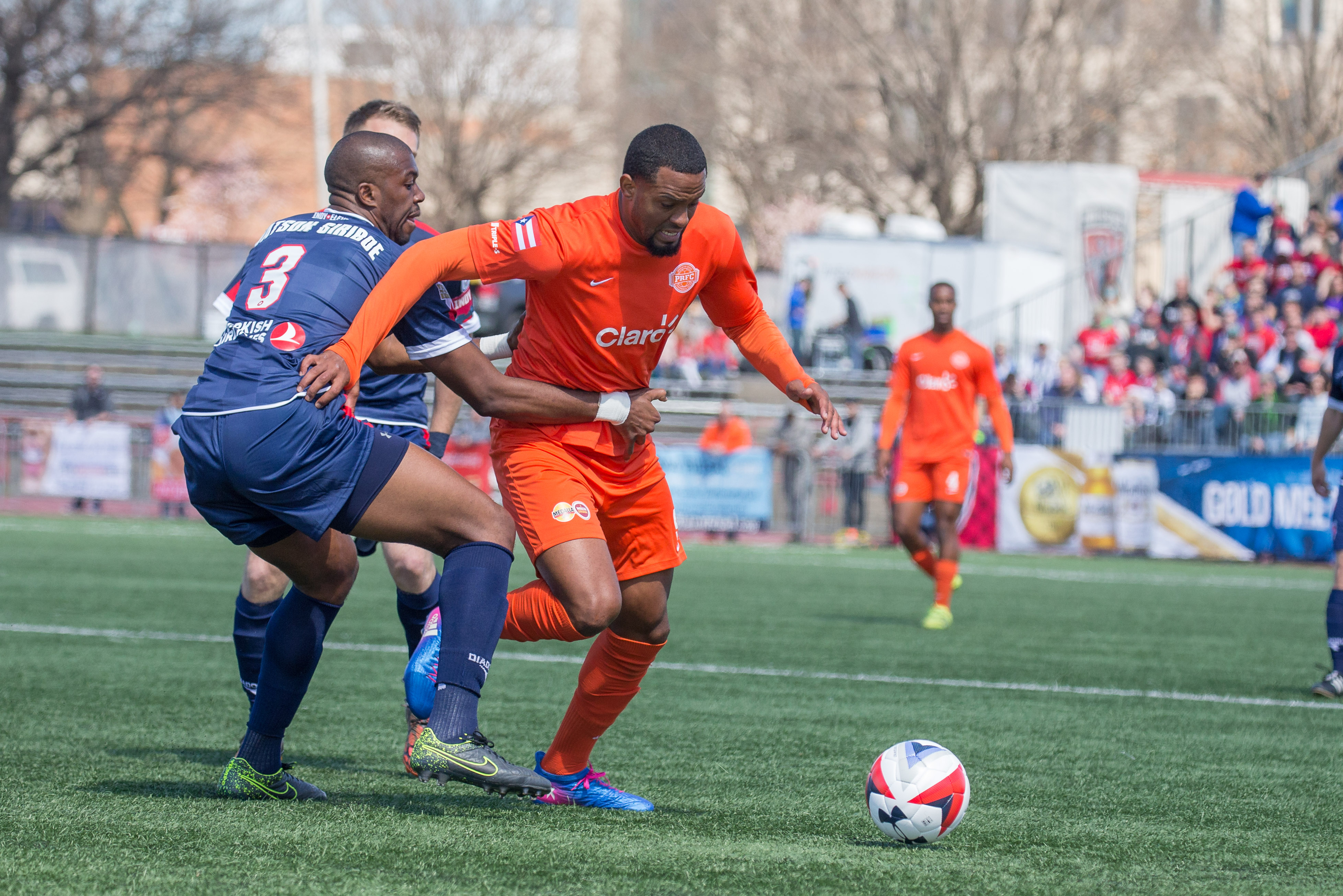 San Juan, Puerto Rico- After the devastation caused by Hurricane Maria to Puerto Rico and the Caribbean, Puerto Rico FC has reaffirmed its commitment to its community and the island. The team, currently in its second year in the North American Soccer League, will still play its remaining five games either on the road or at neutral fields.  By doing so, they hope to bring some smiles to PRFC fans through their efforts on the field, while also bringing awareness to the help needed on the Island and by helping to raise funds for PR relief through efforts made by PRFC and its opponents during each of the remaining games, including the three most recent games in NY, Indianapolis, and North Carolina.

“First, we want everyone to know that our heart and thoughts are with the people of Puerto Rico”, said PRFC President Tom Payne. “We also want to thank the NASL and the other clubs for hosting us and helping raise money to help Puerto Rico in such a dire time. We feel strongly that we need to continue to play our games and see the season out, while representing at all times our flag and the people of Puerto Rico."

Due to damage caused by Hurricane Maria to the infrastructure of the island, matches against The New York Cosmos, Indy Eleven and North Carolina had to be quickly moved to be played during this last week on the road. All three of these clubs pledged donations and used their home games to generate funds to be donated through the Carmelo Anthony Foundation. Through his charitable foundation, PRFC’s owner has so far raised over $300,000 for Puerto Rico relief efforts.

“With the help of our partner NASL teams, each game we have played since the hurricane have all been fundraisers for PR relief efforts and any games that we control moving forward will do the same.  We also look forward to our team volunteering to help with relief efforts while here in Florida, and to helping to continue to raise awareness of the situation at home." said Payne.

Next up on the schedule is the October 14 regularly scheduled match against the San Francisco Deltas at Kezar Stadium.  Puerto Rico FC will then host the New York Cosmos at Central Broward Park in Fort Lauderdale, Florida on Wednesday, October 18.

“Fort Lauderdale has a rich history of professional football. We invite every soccer fan to come and enjoy this game and support PRFC and the continued relief efforts, especially the thousands of Puerto Ricans that live in Florida”, said Payne. Ticket information for this match will be available soon at puertoricofc.com.

PRFC will then travel to Indianapolis for a match against Indy Eleven on Saturday, October 21st. The stage for the match against FC Edmonton on October 25th will be in the Orlando area at a venue TBD, and then PRFC will close out the season against the New York Cosmos on October 28th at MCU Park in New York.

“Even though we will not be able to play in our home, we have Puerto Rico in our hearts. Every time we step on the field we play for our Flag and for the people of Puerto Rico, and hope to raise awareness about the situation back home and to keep the Island and its people in the minds of the people that can help. We want to be ambassadors for those who are not able to ask for help at this moment”, added Payne.

After the season concludes, the team will return to Puerto Rico and hope to help in humanitarian efforts and to bring some joy to the children of the Island through soccer. Stay tuned to puertoricofc.com for more information.