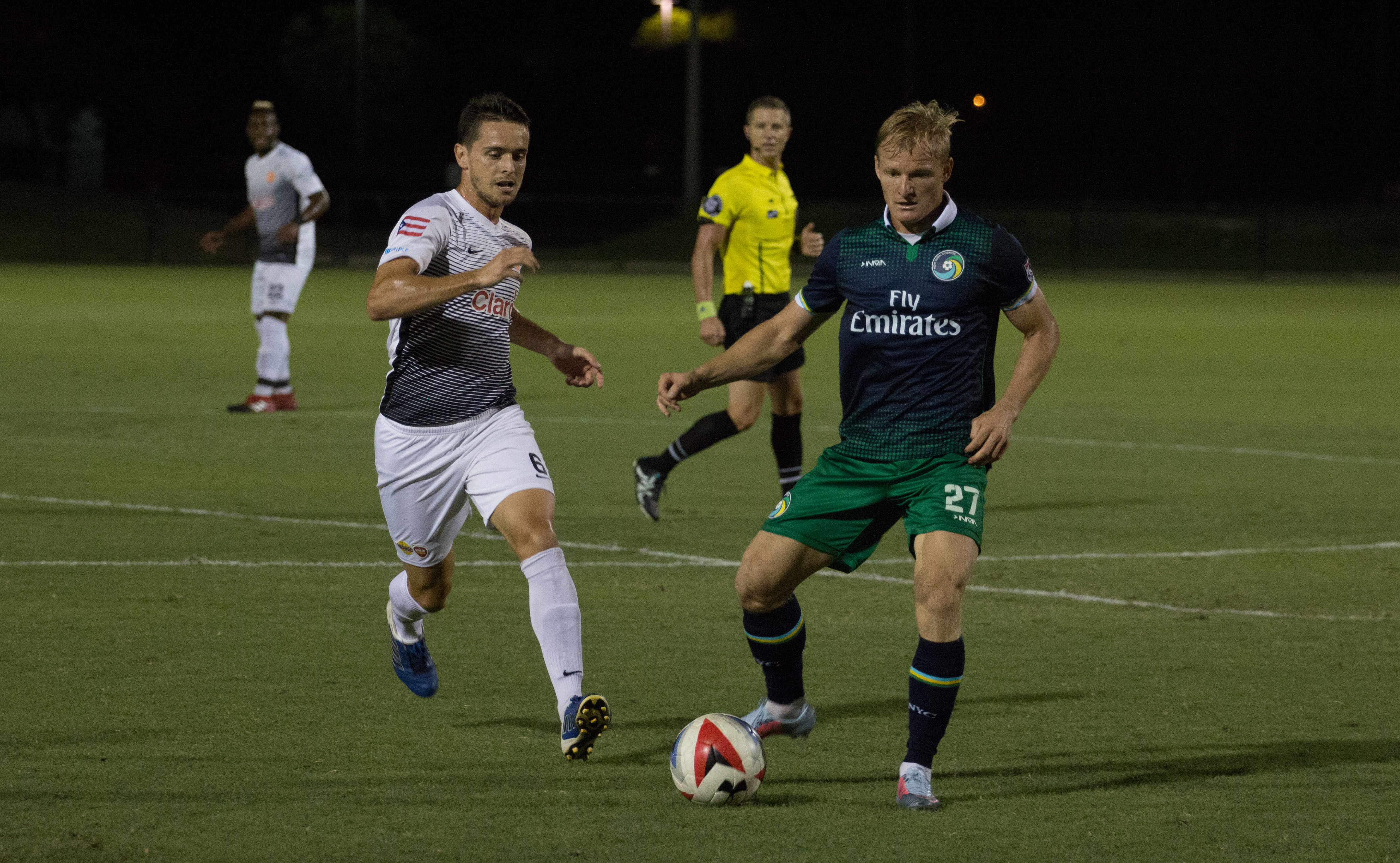 “No matter the effect it had on the match, it was a very emotional moment, especially with everything happening back on the island. I couldn’t hold back the tears,” commented Jorge Rivera about his first NASL goal in a match where 50% of all sales went to team owner Carmelo Anthony’s Puerto Rico Relief Fund.

The match started with both teams putting pressure and testing waters. In the 8th minute Seth Moses started PRFC’s offense with a pass to Mike Ramos that was cleared by the Cosmos. In the 12’ Ayoze, who later proved to be key in the NY victory, got a pass in the box but his shot went wide.

In the 20th minute the Cosmos upped their offense when Mulligan went one on one with Austin Pack and took a shot that hit the bar. In the 34’ a foul to Vranjican gave the visitors a free kick that Ayoze took perfectly over the defensive line and into the net.  Minutes later Guerra found Starikov in the box, who took a bicycle kick and put the score at 0-2 before the first half ended.

The second half started with a push from Puerto Rico FC’s offense when Welshman took a shot at Maurer, but the Cosmos GK made the save to keep the locals at bay. The third goal of the match came in the 73’ via ex naranja Bledji Bardic, and a penalty in the 83’ by Ayoze gave the Cosmos the 0-4.

Puerto Rico didn’t concede until the final whistle. In the 89’ Rudy Dawson filtered a center into the box that Jorge Rivera headed in for an emotional end to the match.

Puerto Rico FC travels this weekend to face Indy Eleven and then returns to the Greater Orlando area to host FC Edmonton in Austin Tindall Regional Park in Kissimmee next Wednesday, October 25th. Tickets are available by calling 407-742-7820 or at the stadium’s box office, and 50% of all sales will go to Carmelo Anthony’s Puerto Rico Relief Fund.