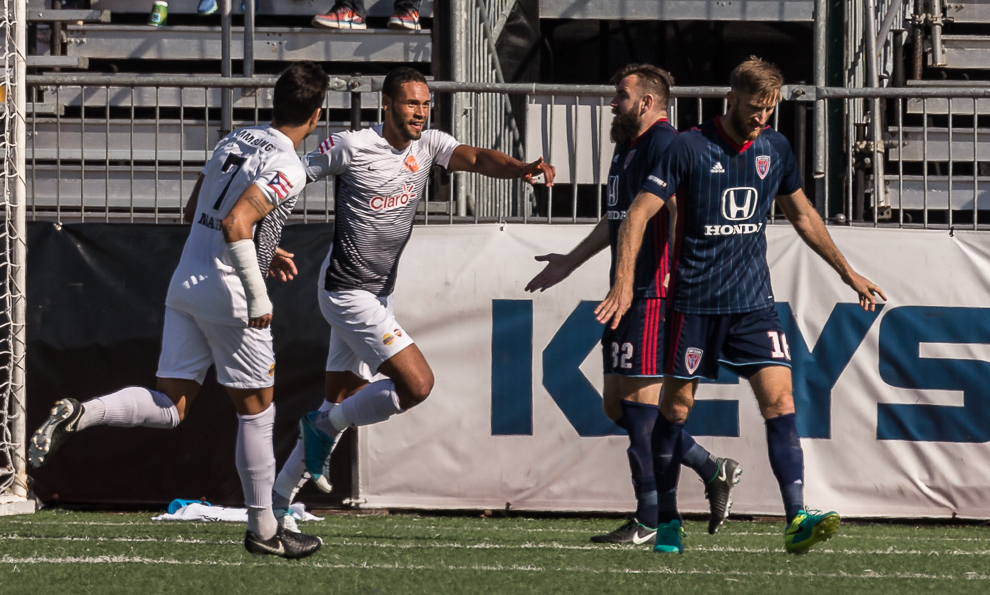 Puerto Rico FC opened up the scoreboard in the 5th when Indy's defense failed to clear a ball that Sidney Rivera shot into the net to give the locals the lead. Rivera had to later be subbed out due to an open wound on his leg.

Puerto Rico pressed on with the attack and at the 26' Quintillà found himself one on one with Cardona, but his shot went straight to Indy's goalkeeper's hands.

In the 35' Indy almost made it via Smart, but the orange defense cleared the ball before any clear opportunity could come together. The next goal arrived in the 43' when Welshman shot an unstoppable that deflected on Cardona to put the lead up to 0-2 before the first half ended.

Indy Eleven didn't give up the match until the end and at the 82' David Goldsmith made a goal to shorten the lead to one. Puerto Rico FC kept the boys in blue at bay for the rest of the match and the final whistle gave the visitors the 1-2 win.

Puerto Rico FC returns to the Greater Orlando area to host FC Edmonton in Austin Tindall Regional Park in Kissimmee next Wednesday, October 25th. Tickets are available by calling 407-742-7820 or at the stadium’s box office, and 50% of all sales will go to Carmelo Anthony’s Puerto Rico Relief Fund.