Emery Welshman drafted into NASL Team of the Month 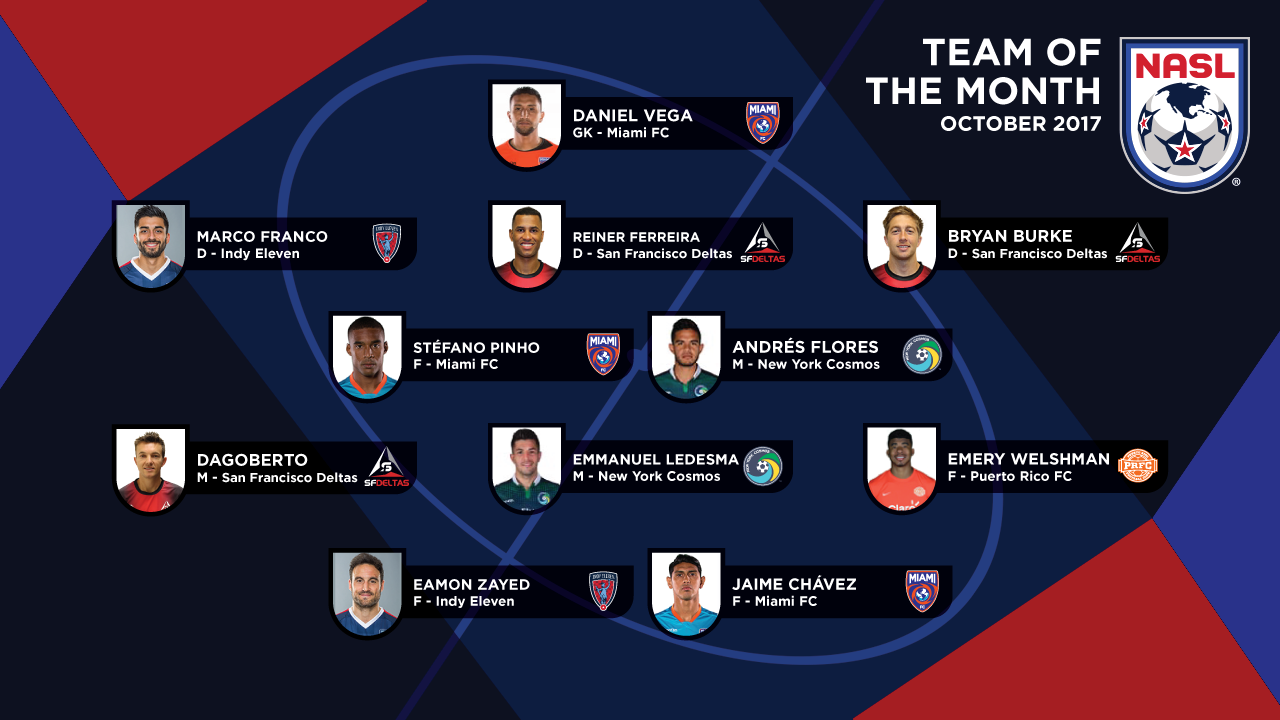 Puerto Rico FC's Emery Welshman earned NASL Team of the Month honors for October for his end of season performance. In his last six games, Welshman got three goals and an assist, helping PRFC end the fall season in 6th place.

Check out the full Team of the Month from October:

GK: Daniel Vega (Miami FC) – The veteran shot-stopper was second in the NASL in saves in October with 17 and had a 70.83 percent save percentage in seven games. He also was tied for the most clean sheets in the month with three.

DEF: Marco Franco (Indy Eleven) – He was tied for the most tackles won in October with 18 and was tied for fourth in duels won with 43 and also picked up a pair of assists.

DEF: Reiner Ferreira (San Francisco Deltas) – The defender won the most duels in the month in league play with 51 as well as having the most interceptions with 31. He also scored one goal and helped the Deltas to three clean sheets.

DEF: Bryan Burke (San Francisco Deltas) – He played a key role for San Francisco in the final month, scoring a pair of goals as well as adding an assist. He also was tied in third for chances created in the month.

MID: Stéfano Pinho (Miami FC) – He found the back of the net five times over  the past seven games to end the month in scorching form.

MID: Dagoberto (San Francisco Deltas) – He scored a pair of goals and added a pair of assists during the past month.

MID: Emery Welshman (Puerto Rico FC) – He finished the final month strong with three goals and an assist over his last six games.

FWD: Eamon Zayed (Indy Eleven) – The veteran forward scored four times in the past month for the Boys in Blue.

FWD: Jaime Chávez (Miami FC) – After spearheading the club’s attack for a stretch during the Fall Season with his goal scoring, he became a provider over the last month. The forward picked up four assists in seven games.